Vehicles will be available in various sizes including the 8 seater, 16 seater and 24 seater capacities.Â  We will also cover various other festivals, processions and events in Edinburgh.

The Military Tattoo is a performance from the British Forces as well as many other international Forces and bands.Â  It takes place on an annual basis in August and is a series of events lasting nearly three weeks.

The term Tattoo refers to last orders and literally means close the beer tap.Â  It has a history going back to the Austrian Succession and various drums and pipes were played to alert soldiers of the closing times for the local tavern.Â  This meant that they could now safely return to their lodge.Â  It is essentially a mixture of musical entertainment coupled with the last call of the day. 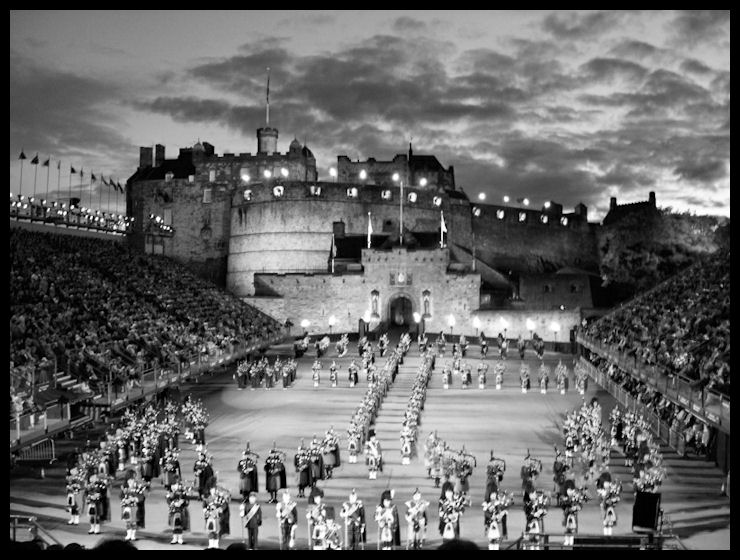